Franco Rosso's incendiary dancehall reggae drama 'BABYLON' had its world premiere at Cannes in 1980 but has NEVER been released in the U.S. for "being too controversial," UNTIL NOW! Raw and smoldering, it follows a young dancehall DJ (Brinsley Forde, frontman of landmark British reggae group Aswad) in South London as he pursues his musical ambitions, battling fiercely against the racism and xenophobia of employers, neighbors, police, and the National Front. "An English cousin to the earlier Jamaica-set films 'THE HARDER THEY COME' and 'ROCKERS' that is vastly superior in cinematic terms and just as valuable as a cultural document." - Hollywood Reporter

"As alive as a movie can be to the everyday mesh of liberating art, humorous camaraderie and hazardous political reality." - Los Angeles Times

"An episodic vividness and blanket-load of warmth, but also a harsh view of day-to-day life for black people in South London... The movie is more interested in what feels real than what seems right. What was real, when the movie opened in Britain in November 1980, was the poverty and racism its characters dealt with. Apparently, it was too real." - New York Times

"The characters speak in Jamaican patois, and there is no white savior. In many ways, it is the antithesis of what mainstream audiences in America were interested in watching at that time... The lead performances are so genuine and the dialogue, with tones ranging from unbridled glee to utter hatred, is so pure that you think at times that you’re watching a documentary." - The Wrap

"Like the reggae music that pulses through it, Babylon is rich, rough and real... This one seems to explode in the gut with a powerful mix of pain and pleasure." - Variety

***If you have a free Miniplex movie ticket and want to be sure you get a seat, please show up EARLY and exchange it for a ticket from the bartender/cashier in Richards' Goat Tavern. Thank you! 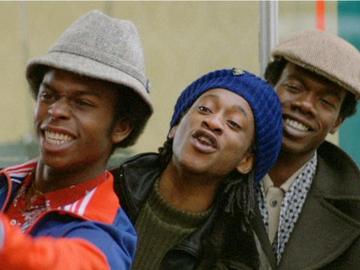