In the late Bernardo Bertolucci's 1970 art deco, anti-fascist masterpiece, a repressed bisexual man in late 1930s Italy marries a woman he doesn't love and volunteers to work for the secret police in a desperate attempt to fit in. He is tasked with assassinating his former professor, a leftist dissident, during the final days of Mussolini's dictatorship. This expressionist masterpiece offered a blueprint for a new kind of Hollywood film, which Coppola, Spielberg, and Scorsese would later be inspired by and indebted to. Even if you’ve never seen “The Conformist,” you’ve seen movies, TV episodes, commercials, or other elements of visual culture that were shaped by it. Our favorite Bertolucci film, and just $5 per ticket to see this beautifully remastered version on the big screen. Not to be missed!

"One of only a handful of films in the past 30 years that truly deserve to be called great." - Washington Post

"Illustrates a psychological and political phenomenon that is still very much with us, in which an individual surrenders his autonomy, his sense of right and wrong and his ability to tell truth from lies, and willingly enslaves himself to a dominant ideology." - Salon

***NO FREE PASSES for this screening, thank you. 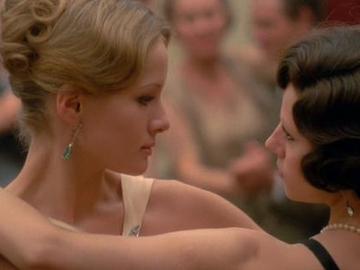